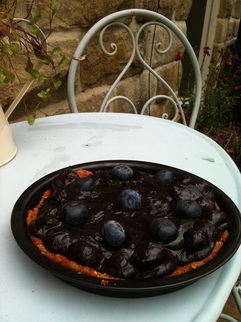 I've been asked about doing a experiential raw food workshop which I'm really excited about! More details to follow as they unfold but for now, suffice to say I've planned a raw desserts workshop where participants get to get stuck in and creating.

I found a delicious looking recipe and thought I'd add some twists, create away and here you go:

Put the goji berries and banana in the food processor and blend until fine crumbs.  This is going to go in the pie dish to make sure the mixture doesn't stick to the edges.  Put into the base of the pie dish. 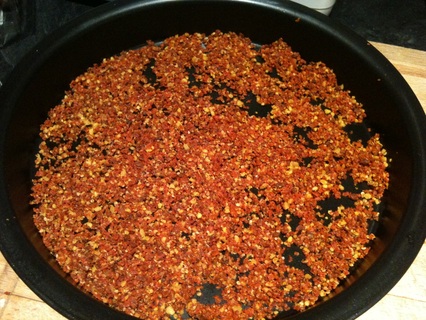 Add 1 and 1/2 cup of dates, the coconut and almond to the processor and blend until all well mixed together and the mixture makes itself into a ball. 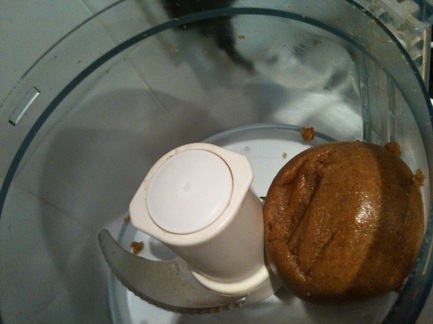 Press this into the pie dish (I found it helped to get some of the 'flour' mix onto both sides so it didn't stick to me quite as much) until it is evenly distributed in the dish. 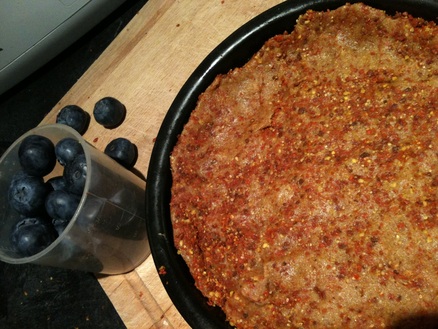 Blend a cup of dates with 250g blueberries in the food processor until the mixture is smooth. Add in 100g blueberries and stir to mix.  Pour this mixture into the pie dish and decorate with the last remaining 50g of blueberries. 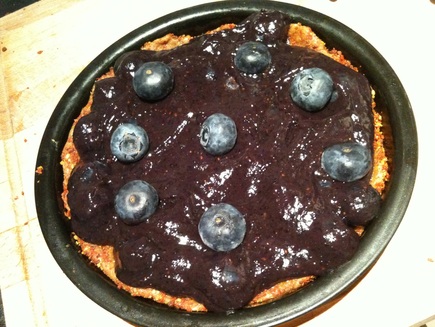 Put in the freezer to set for 30 minutes and serve.

At this point I feel there's only one worthwhile question - with ice cream or without?